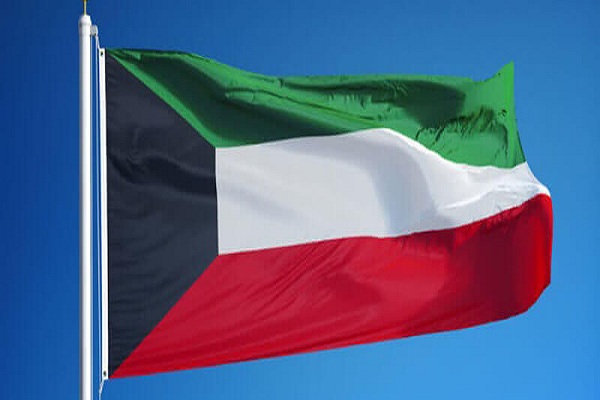 Kuwaiti officials rejected the possibility of normalizing ties with Israel on Sunday, telling a local newspaper that despite warming ties between the Gulf states and Jerusalem, it had no interest in changing its longstanding regional policies.

“Our stance on Israel has not changed, following the UAE normalization agreement, and we will be the last to normalize relations,” the al-Qabas newspaper cited the unnamed senior officials as stating.

“The Kuwaiti position is consistent with its decades-old foreign policy approach in support of the Palestinian cause, as it is the premier Arab issue,” the officials said, according to a translation published by Reuters, adding that only “what the Palestinians accept” would be acceptable to Kuwait. 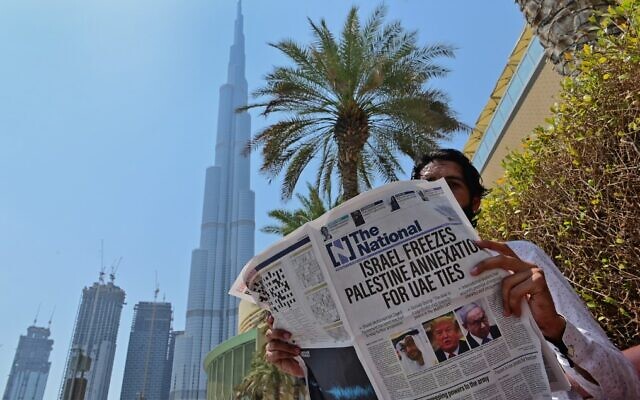 A man reads a copy of UAE-based The National newspaper, with a headline about the UAE-Israel agreement and Israel’s suspension of annexation moves, near the Burj Khalifa, the tallest structure and building in the world, in Dubai on August 14, 2020. (Giuseppe Cacace/AFP)

Kuwait’s rejection of closer ties to Jerusalem came three days after Israel and the UAE on Thursday announced an agreement to establish full diplomatic relations, marking the third such deal Israel has struck with an Arab state after Egypt and Jordan.

Israeli and UAE delegations will meet in the coming weeks to sign bilateral agreements regarding investment, tourism, direct flights, security and the establishment of reciprocal embassies, according to the White House.

Hebrew media reports Thursday indicated Israel is in advanced talks with Bahrain about normalizing ties with the Gulf state, while Palestinian media cited an American official as saying that both Bahrain and Oman are expected to normalize ties with Israel in the near future

A Kan report Friday said Morocco was another likely candidate to reach an agreement with the Jewish state, while Intelligence Minister Eli Cohen told Channel 13 news on Saturday he believed Sudan would do so as well.

On Saturday, Lebanese President Michel Aoun hinted at the possibility of peace talks with Israel.

Speaking with France’s BFM TV, Aoun declined to categorically rule out negotiations, responding, “that depends,” when asked about the possibility of ending the conflict with Lebanon’s longtime enemy.

“We have problems with Israel and we have to resolve them first,” he told the French television network without providing specifics.

Israel has fought two wars in Lebanon in recent decades, and Hezbollah, an Iranian-funded terror group sworn to the Jewish state’s destruction, is deeply embedded in the Lebanese government.